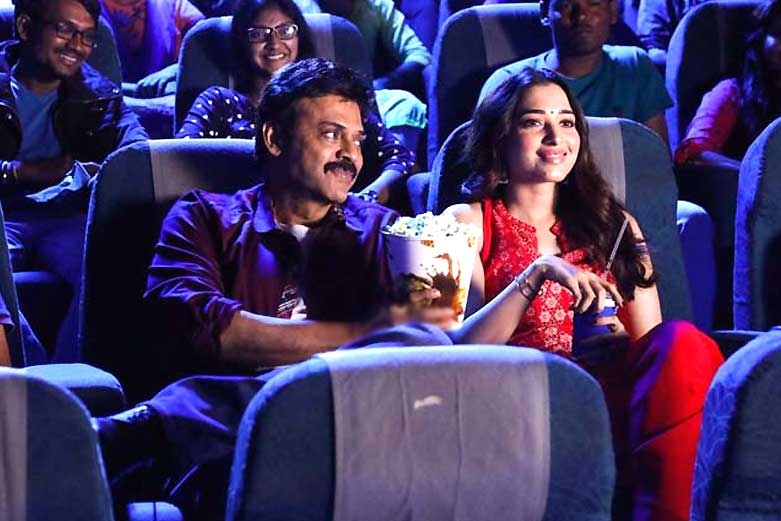 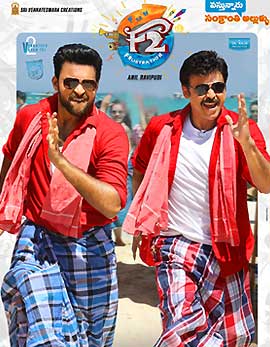 F2: Fun and Frustration as the title reveals is all about the story of Venky (Venkatesh) and Varun Yadav (Varun Tej). Venky gets married to Haarika (Tamannaah) and Varun choses to get married to Haarika's sister Honey (Mehreen). Despite of Venky warning Varun, he decides to get married to Honey. Soon the duo gets frustrated and fly to Europe. The rest of F2 is all about the decisions taken by Haarika and Honey and how they manage to end up clearing all the hurdles. Watch F2 to know about the rest. 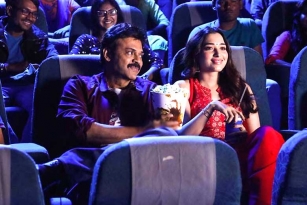 The first half of F2 is packed with fun and fun throughout. Venkatesh steals the show despite of several actors playing comic roles. The vintage Venky is back and his expressions have been top class. Varun Tej surprises with his Telangana accent. Tamannaah and Mehreen have been glamorous and they delivered their best in F2. The interval episodes take the film to the next level and the first half of F2 is a comic treat.

Venkatesh races to the top with his flawless performance and top notch comic timing. The actor's expressions have been outstanding. Varun Tej looks quite supportive and his Telangana dialect will be well accepted. Tamannaah and Mehreen competed with their glamorous outings. Prakash Raj, Rajendra Prasad, Nassar, Pragathi, Jhansi, Prudhvi, Vennela Kishore and others looked perfect in their roles. All the other actors have been good.

F2 is completely laced upon the fun and frustration of the newly wed couples. The screenplay looks decent and the dialogues have been the film's major strengths. The music and the background score should have been better. The cinematography work is decent and the production values make the film look top class. Anil Ravipudi steps out with one more impressive film.

Anil Ravipudi and his team keeps the bars high of entertainment for the audience during this Sankranthi. You will be thrilled.