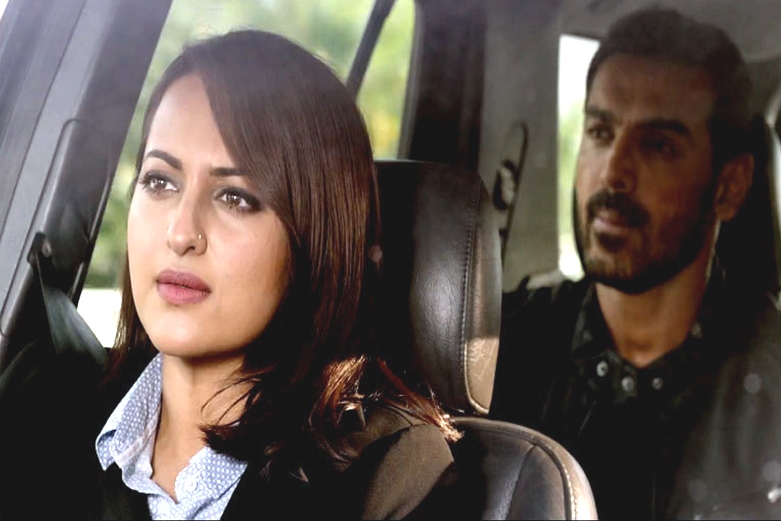 Get the first Force 2 Movie Review and Rating here ! Force 2 Movie all set to go on 18 November, here is the Movie Review by Andhrawishesh. The lead cast are John Abraham, Sonakshi Sinha and Tahir Raj Bhasin Product #: 56165 3 stars, based on 1 reviews
X 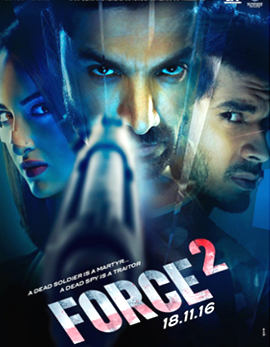 Force 2 is all about the acts of ACP Yashvardhan (John Abraham) who is a daredevil cop. This time hee has a bigger job to do and not restricted to Mumbai. After several RAW agents get nabbed in China, an investigation team will be assigned the duty to trap the real culprit. Yash gets a clue sent by his friend and it is during this time, Yash and KK (Sonakshi Sinha) will be sent to trap the traitor to complete the mission. Shiv Sharma (Tahir Raj Bhasin) is their final target and the rest of the film is how Yash succeeds on his missions. Watch Force 2 to know about the rest of the story. 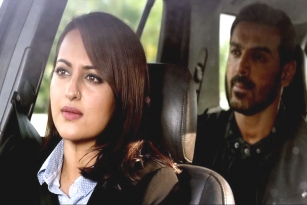 The first half of Force 2 promises some a decent commercial action drama as the film has been a right mix of all the ingredients. John Abraham opens with a bang and his introduction has been loud and stupendous. After a decent commercial drama, the film turns extremely interesting. Though it has small dips, the first half of Force 2 manages to stand strong all over. The songs have been shot well and the interval episodes make the film interesting.

The second half of Force 2 has been quite emotional and it has been laced with action. The element of crime dominates the film completely and Force 2 is sure not a disappointment. The movie takes the right move all over and it makes a decent impact on the audience all over. The pre-climax episodes of Force 2 have been completely engaging however Sonakshi Sinha acts as the major disappointment in the film. The climax has been decent and on the whole, Force 2 is sure a decent and engaging action drama.

John Abraham comes out with a stupendous performance throughout the film and he has been highly energetic as a machoman. His stupendous presence along with the performance is said to be the major highlight of the film. His expressions throughout the film have been top notch. Sonakshi doesn’t have much to do in Force 2 and her character has been badly written. Though she made her presence in the action episodes, Sonakshi has not much to perform. Tahir Raj Bhasin is the lead antagonist in the film and he has been ruggish throughout however his character will sure be related to his past films. Genelia and Boman Irani have been decent in the supporting roles.

The story of Force 2 has been decent and interesting. The screenplay and the dialogues have been well written and they make the film gripping. The action episodes in the film have been shot well and brilliantly executed. The songs have been placed well and the background score has been decent. The cinematography is the major highlight of Force 2 and the production values look lavish. Abhinav Deo sure makes a huge impact with the film though the film dips down at parts.

John Abraham once again impresses the audience with his outstanding performance and leads the show. Force 2 is a decent one time watch and will impress the audience for sure.