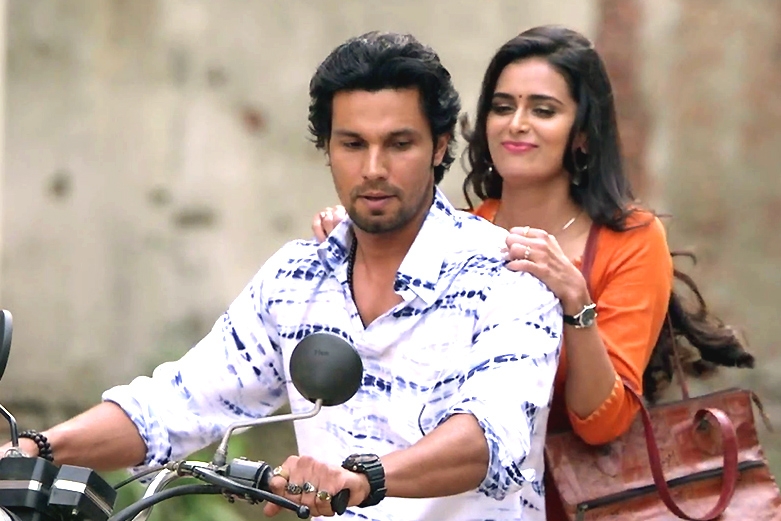 Get the first Laal Rang Movie Review and Rating here ! Laal Rang Movie all set to go on 22 April, here is the Movie Review by Andhrawishesh. The lead cast are Randeep Hooda, Piaa Bajpai, Akshay Oberoi and Meenakshi Dixit Product #: 54058 2.5 stars, based on 1 reviews
X 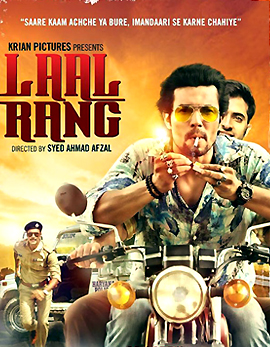 Rajesh Dhiman, a big dreamer pursues diploma in medical laboratory science and soon meets two important people- Poonam (Pia Bajpai), who is his love interest and Shankar (Randeep Hooda), who he is highly influenced by.

Rajesh joins Shankar’s blood trade business. Gajraj Singh (Rajneish Duggal), a policeman tries to shut down the duo's illegal trading. Will Shankar and Rajesh get caught for their illegal activities is what forms the rest of the story. 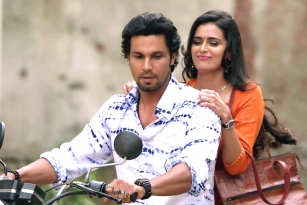 The makers took a good social issue, but with the intention of moving it away from the bodha style, they tried to fill it with the entertainment, which appears odd. Laal rang is filled with the dark comedy.

The bromance between Rajesh and Shankar is tough to watch. Shankar’s past do not have much weight in the film. But Rajesh and Pia’s romance is found good. The movie would smell Haryana more and so far it can be owned by other parts of the country is a question. The first half is entertaining, but a weak climax, makes the second half sound low.

Randeep Hooda as Shankar is perfect. The way he adopted himself into the character surely needs a loud applause. Akshay Oberoi on the other side, surprises with his nuanced act. He plays the youngster fallen prey to the greed of a materialistic life extremely well.

Pia Bajpai as an ambitious girl did a decent job. Specially her funny English is notable. Meenakshi Dikshit has nothing much to do as she gets less screen presence. Rajneish Duggal seems average for his role. Rest other characters has given a satisfactory performance.

Pace is the major issue of Laal Rang. The unnecessary inclusion of songs and the background scores is not worth. Production values are average and editing needs bit more work. Syed Ahmad Afzal, who debuted with Youngistaan, failed to create an impact this time.

You know, Bollywood movies hit the small screens too sooner. Don’t miss it on TVs.