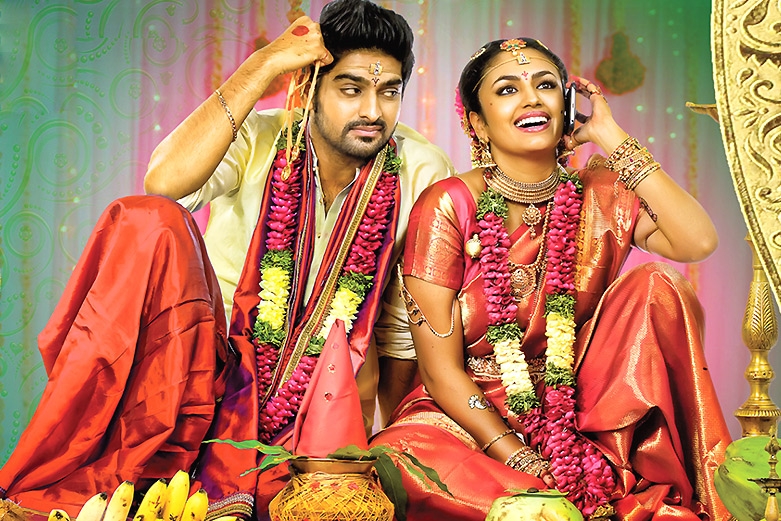 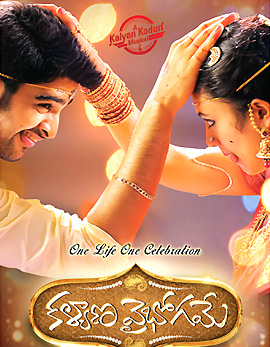 Shourya (Naga Shourya), a gaming expert and Divya (Malavika Nair), a doctor, are against marriage, due to the responsibilities, it carries further. But both their parents, fix their marriage with each other. The couple who is reluctant to get married, plans to avoid it. What is that plan and how did it helped the couple to get closer, forms the rest. 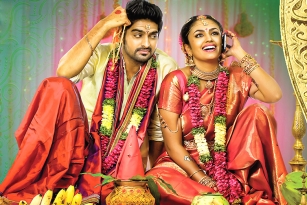 After a long time, Kalyana Vaibhogame showcases the forgotten family emotions. The youths’ mentalities in the present days and the way they plan to progress, is showcased well in the film.

But as the story is a simple one, the director takes too much of time to wrap up the proceedings, filling the gap with unnecessary scenes. The reason that triggers the love story and also the solid reason for Shourya to avoid his marriage is not convincing.

Shourya falling for another girl and the way that episode ends lacks clarity and required depth. There are even several deviations in the climax, making one fall in dilemma, as to what is maker exactly trying to focus.

Naga Shourya gets full marks for his class appearance one more time. This time, even his chemistry with female lead Malavika matches well. Even, she is decent in the film, portraying some low profile emotions well. Senior actress Raasi really made a worthful comeback, making her elegance felt on the screen as heroine’s mother.

Music by Kalyan Koduri is one of the key highlights of the film and even all the songs are shot well and also placed well. Dialogues are decent and the production values are on the top notch. Satyanarayana Raju’s camera work is what that brings a grandeur to the film.

Director Nandini Reddy again made it big with Kalyana Vaibhogame movie, showcasing the family values well dipping it in watchable emotions. The run time is only the major draw back, to make the output reach the boundary called Outstanding.

If the run time is not a question and has a patience to sit in the hall, for more time than what you pre-planned, Kalyana Vaibhogame entertains you well with some quality family emotions. Needless to say it is a wholesome family entertainer in Tollywood after a long time.