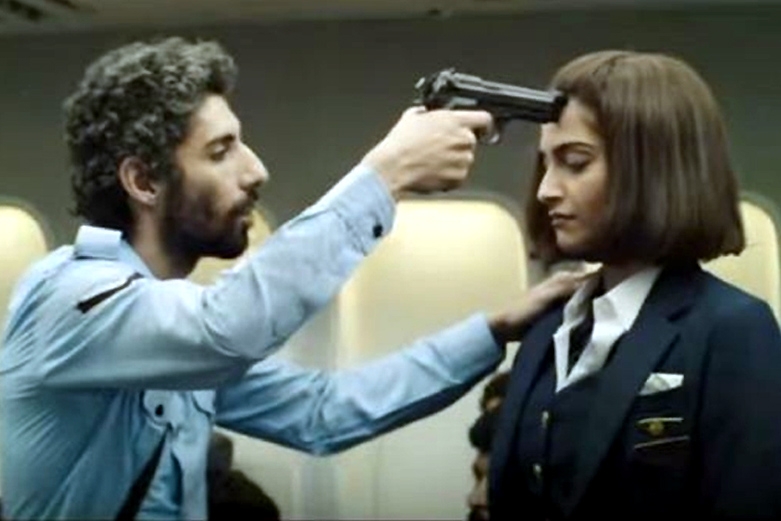 Get the first Neerja Movie Review and Rating here ! Neerja Movie all set to go on 19 February, here is the Movie Review by Andhrawishesh. The lead cast are Sonam Kapoor, Shabana Azmi, Shekhar Ravjiani Product #: 53503 3.5 stars, based on 1 reviews
X 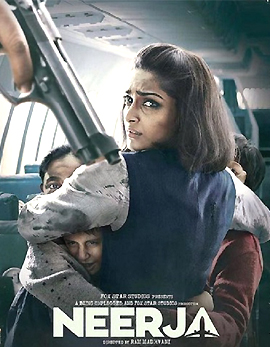 Neerja Bhanot (Sonam Kapoor) is an independent girl who juggles two careers of being an air hostess and a model with immense dedication. Her family is always there to support her in whatever she does.

Neerja faces an untoward incident on her first flight as the head purser. A flight with 300 passengers on board, gets hijacked. How Neerja instant thinking and dedication to her job, saved the passengers’ lives from the hijackers is the heart of Neerja movie script. 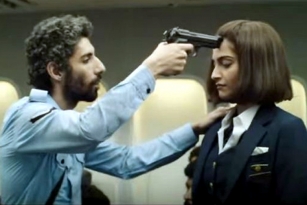 When handling a real life story, unless and until the soul of the real incidents could not be felt in the script, the film could not work out well. But Neerja did not have that problem, as the maker succeeded in projecting the real life atmosphere. The major plus to the movie is, the maker made sure that Neerja does not appear as a super girl.

Coming to the flaws, the narration is rushed to the climax very early. The inclusion of Palestinian angle would have done more justice to the film. But showing the terrorists conflicting among themselves and not prepared well for hijack, appear realistic.

The climax is shot well filling with emotion and thus making the audience get out of the theatres, with the teary eyed and weighted hearts.

Surprisingly, Sonam Kapoor has given her career best performance in Neerja. While her non-hijacking scenes show the typical Sonam, everyone is aware through her earlier films, the flight scenes project the other side of the hottie, Bollywood has never seen.

As an emotional, loving and superstitious mom, Shabana Azmi gave her best to the film. Especially her performance in the climax episode is extremely appreciative.

Yogendra Tiku as a father is decent and Shekhar Ravjiani’s cameo could not impress. Khalil as terrorist is ferocious and even rest others lived up to the expectations.

Music is soothing and editing has negligible flaws. Dialogues are decent and production values are adequate.

To focus more on the emotional side in climax, the director rushed out the script, but as that emotion worked out well, Neerja is still watchable.

When you are able to spend money on the regular commercial entertainers and ignoring Neerja, it would be a definite sin. Dare not to commit it and enjoy the movie in the theaters.