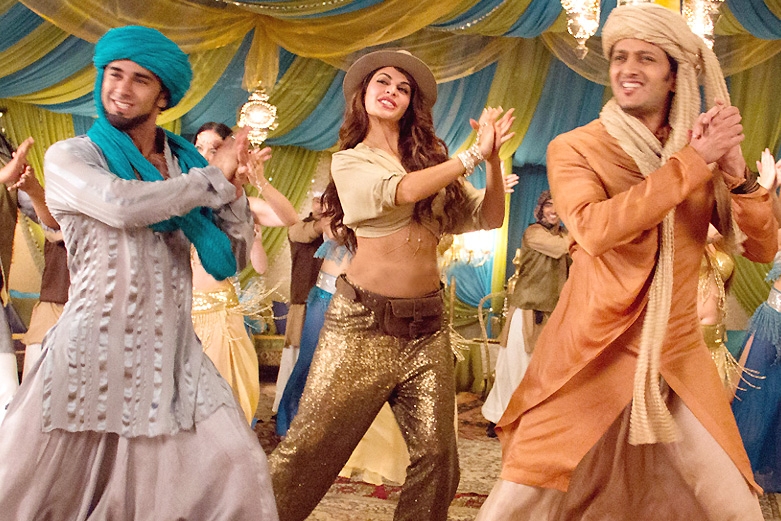 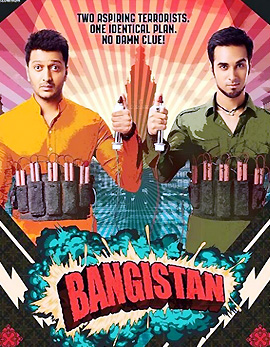 A fictional island nation called Bangistan is divided into two parts, called as North Bangistan, which is inhabited by Muslims and South by Hindus. Their chief leaders are friends and want to openly show their solidarity at the World Religious Conference, that is being held in Poland. But the extremist groups on either sides deny the idea and tries to destroy the conference bombing on it, along with two gullible youths.

Here comes our two leads. Hafeez Bin Ali (Riteish Deshmukh) will be hired by the Muslims and Praveen Chaturvedi (Pulkit Samrat) by the Hindus. Both the suicide bombers change their religion, to blame the other group for the bombing fall.

The two leads, meet in Poland and become good friends, but later comes to know about their original identities. How did the two groups receive the leads and what did their final destination led to, forms the rest of the story. 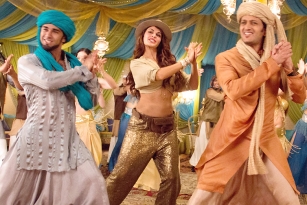 The first half of the movie deals with the two terrorist group talks and their ideas to bomb on the conference. The director tried to create fun in these scenes, but drastically failed in doing so. The narration levels in the terrorist group scenes appear very silly. The environment appears serious and the scenes and persons among them are filled with fun. That actually misses the logic. On the whole, the audience got nothing to do in the first half, other than waiting for the interval.

Second half is not an exception to this logic-less logic. There are numerous logic-less silly scenes, in which the director tried to create fun. The dance of the two lead actors with a hot waitress (Jacqueline Fernandez) will literally test the patience of the audience. The climax comes in an absord proportion. On the whole, Bangistan is a disaster for its poor narration in both first and second half.

Riteish Deshmukh and Pulkit Samrat’s talent are left useless in Bangistan. Their performance appears silly in terrorism scenes and also other scenes. Director Karan Anshuman narration skills dips down Riteish and Pulkit’s acting skills too. Jacqueline Fernandez glamor is a small relief to the youth audience, from the continuous patience test episodes.

Ram Sampath’s music does not disappoint more than the film, but a little more improvement in background music is necessary. Needless to talk about the richness in the production values of Bangistan as Farhan Akhtar, along with Ritesh Sidhwani is the producer of the movie. Director Karan Anshuman tried to deliver a comedy film with a serious subject. But he himself will be left as a comedy item, for the audience who watches Bangistan.

Bangistan is a complete disaster. There is not even a single point to praise about it. It can simply be omitted.