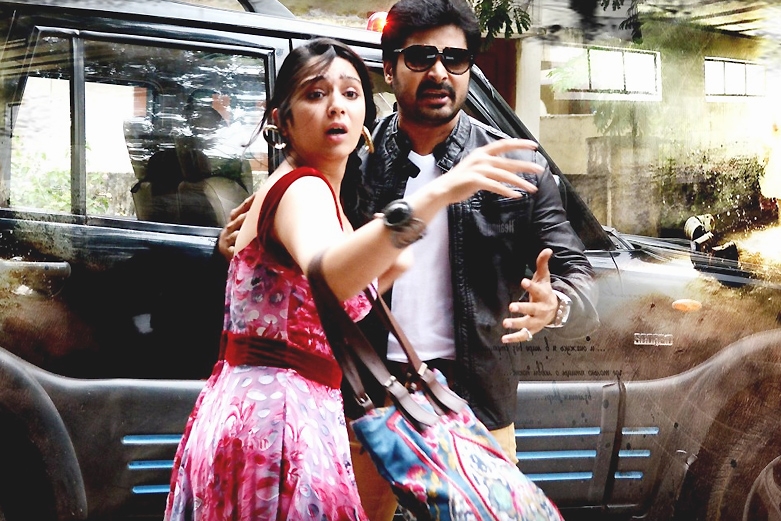 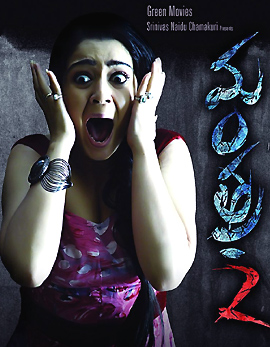 On a transfer of her job, Mantra (Charmi) comes to Hyderabad and lives her life, in an old couple's house as a paying guest. As days passed, she comes to know that, someone is trying to kill her and for this, she seeks the help of her friend Vijay (Chetan). What circumstances made that person kill Mantra, and how did Vijay accompany her in finding the mystery of Mantra’s life, forms the rest of the story. 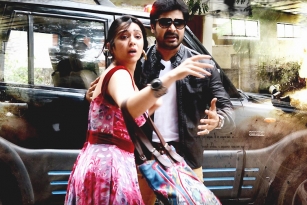 The first half has nothing to do with the plot of the movie. Charmi’s introduction will be with a twist in the tale and then takes on to a spicy number, in which Charmi is spotted with thundering looks. Though not hilarious, the comedy scenes between Venu Madhav and Charmi needs a good applause. Just before the interval, a small twist takes place. On the whole, the first half is filled with a few illogical scenes, which are away from the plot of the movie.

It is the second half, which reveals the actual plot of the flick. The story takes on a haunting house and from there, the actual story runs. Along with a few murder scenes and threatening scenes, in the second half, the flashback reveals the family scenes. Finally, Rahul Dev enters in the climax and the suspense created in the past, will be cleared at the end. On the whole, second half is more gripping than the first half of Mantra 2, but still does not reach the expectations.

Charmi as Mantra again gave her fabulous performance and remained as an only reason to run into theaters. Especially in the threatening scenes, her expressions deserve a loud applause. After Charmi, it is Chetan, who gave a good supporting performance. Just like Sivaji in Mantra, Chetan has been a major plus to Mantra 2 subject.

After the duo, Tanikella Bharani and Venu Madhav got a good screen space after a long time. Rahul Dev and rest other characters performance are found satisfactory, for the roles they are assigned to.

Director SV Sateesh failed in narrating the script. He failed to bring out an intensity, a thriller is supposed to bring. His narration skills needs to be gripped. The production values are good enough. Producers Showry Reddy and Yadagiri Reddy seems uncompromised for Mantra 2. Sunil Kashyap’s background music in the second half, appears louder than required. Cinematography is only good on the technical side and even editing was very poor.

Mantra 2 might entertain the audience, who did not watch Mantra, but might be tough for others. But it would still be an eye feast for Charmi glamour lovers.