In a major development, mobile giant Bharti Airtel has launched its mobile services in Kargil district of Jammu and Kashmir on Wednesday.
https://www.andhrawishesh.com/ 06 Feb, 2013 06 Feb, 2013 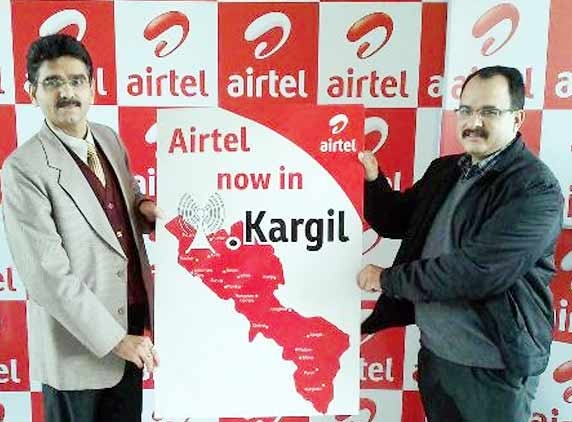 In a major development, mobile giant Bharti Airtel has launched its mobile services in Kargil district of Jammu and Kashmir on Wednesday. So, tourists visiting Kargil can now happily connect with their friends and family. The same is the case with the natives in Kargil. It may be noted that although it was BSNL to launch its first mobile services in Kargil, there was a bad connectivity that made people almost talk in telegram language as voice jumps.

Airtel, which promises a better connectivity with strong signals, is however yet to prove that it can play big in Kargil district just like in other parts of the country. This piece of information, nonetheless, brought smiles on scores of Kargil people, reported our sources in Jammu and Kashmir. Also, Airtel looks forward to launching its third generation (3G services) too in Kargil. 3G services were recently introduced in Srinagar by Airtel.

Notably, Airtel has now become the only mobile operator to have signals in all districts of Jammu and Kashmir. How its competitors are going to look at this development is a million dollar question!