Doomsday is much talked about irrespective of caste, creed, race, religion and even countries. While fear grips many of those who still worry many of those, some even took the form of films to show as to how the world would be subjected to mass destruction.
https://www.andhrawishesh.com/ 11 Apr, 2012 11 Apr, 2012 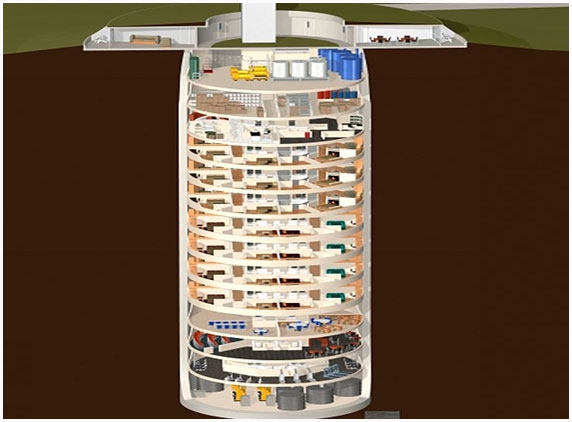 Doomsday is much talked about irrespective of caste, creed, race, religion and even countries. While fear grips many of those who still worry, some even took the form of films to show as to how the world would be subjected to mass destruction.

What if something like that really happens? Can we escape to hideout place? Are the questions that constantly bother people with deep pockets as money can rightly buy them anything and even a flat in the much dreamt innovative Doomsday Shelter that will supposedly come into form in a couple of months.  And guess what’s the specialty of this Doomsday Shelter? As the name suggests, the central idea of this shelter is to protect a couple of people to sit, relax and save their lives in utmost style and luxury when the world outsides dries and burns with pandemics, terrorism and even the most hyped Doomsday (the last day of life on earth).

This shelter is being built under Kansas prairie that would even have an indoor farm (obviously everything is in door here as people literally hide in comfort under the ground) that provides fish and vegetables for at least 70 persons for months and even years together for that matter. In credible right? But says true, the four persons who already invested on condos below the surface of the earth.

There will be totally 14 floors in each house and seven floors constitute a condos that will cost up to $2 million per floor. The elevator in the Doomsday house will be opened only if the fingerprint matches.  (Phani)

KGF: Chapter 2 Gets A New Release Date:- Kannada film KGF is a huge sensation across the Indian cinema. The…

Coronavirus India Cases Cross 22 Lakhs:- With a new number of 62,064 cases in the country, the total tally of…