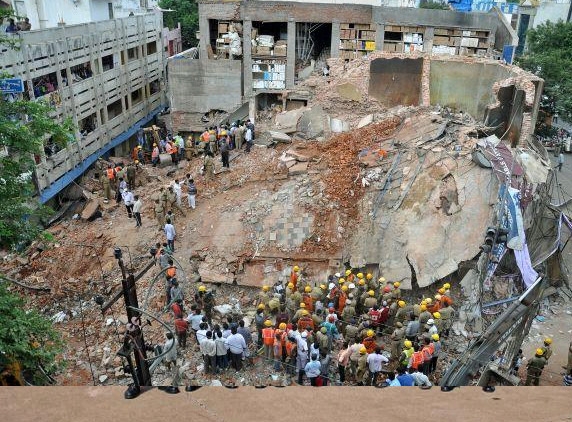 Nagesh (32) owner and driver of DCM van one of the victims in the collapse of City Lite Hotel in Secunderabad that collapsed on 8th July in the early business hours in the morning at 6.20. Nagesh was one of the many that went to the restaurant and bakery point City Lite Hotel to have a cup of tea to warm up before going on duty unaware of the fate that was waiting for him there.

Nagesh belonged to Medak District fought for life since that unfortunate day but eventually succumbed to the injuries yesterday while getting treated in the hospital. The death toll with him reached to 18 in the incident which was booked by Mahankali Police Station as a rash and negligent act of the restaurant owner whose son and nephew also lost their lives in the collapse of the building.