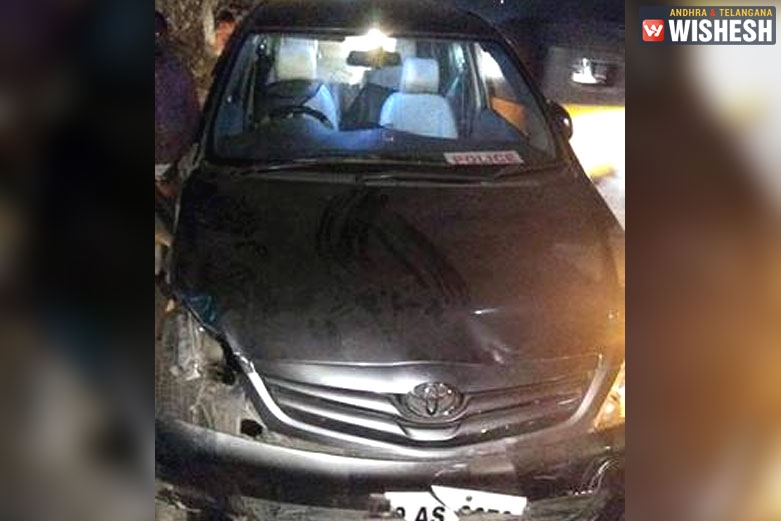 Drunk Cop Rams His Car Into Vehicles: Three Injured:- With Hyderabad cops taking stringent action against drunkards who have been hitting the roads in the city, things seemed to be unstoppable. The number of drink and drive cases have been going high despite of huge efforts from the cops. In a surprising move, a police inspector in the city rammed his car into three vehicles last night in the city under the influence of alcohol. The incident took place in Yapral and the cop has been identified as G Girish Rao who works at Police Training College at Amberpet. He has been caught by the locals and the cops have been informed.

Girish who has been under the influence of alcohol lost the control of his Innova car near Yapral Hanuman temple. An auto, bike and a scooter have been completely damaged in the incident. Three people have been badly injured and they have been rushed to the nearby hospital. A breath analyser test has been conducted and 200 mg blood alcohol content (BAC) has been found. A case has been registered and a departmental action will be taken against Girish Rao informed Kushaiguda ACP P Krishna Murthy.