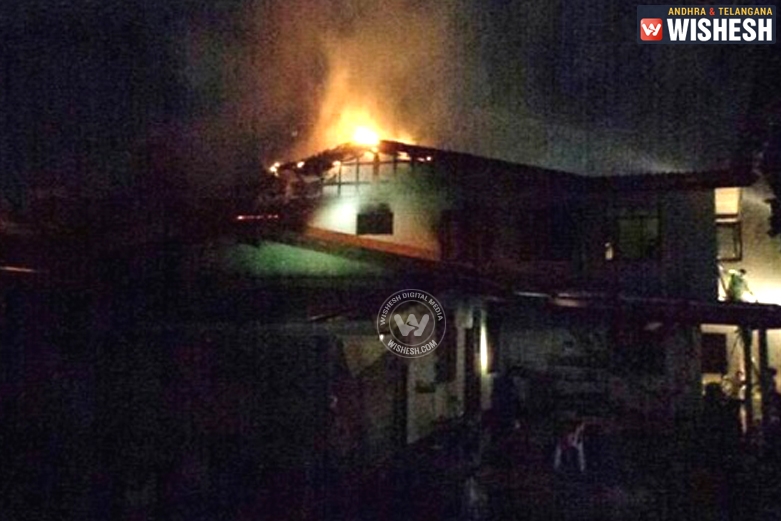 At least 17 girls lost their lives, after a fire swept through a school dormitory in Thailand, officials said.

The fire broke out suddenly, while the several girls were asleep last night, who found tough to escape, as the flames engulfed the two-storied building.

“The fire broke out at 11pm on Sunday (1600 GMT). Seventeen girls were killed and two are still missing, with five injured,” Police Colonel Prayad Singsin, Commander of Wiang Pa Pao district in Chiang Rai said, adding two of the injured are in a serious condition.

The officials said that, several others were either missing or injured. "The fire is out, but the cause of the blaze is still under investigation," Prayad said, adding forensic officers were due to arrive on Monday.

Confirming the death toll, a Chiang Rai provincial official further added that, the private school is home for the girls, aged between 6 and 13 years old, drawn mainly from the deprived local hill tribes.

“There were 38 students inside the dormitory when the fire broke out. Some were not yet asleep so they escaped. But others were asleep and could not escape resulting in the large number of casualties,” deputy governor of the province Arkom Sukapan said.

A few of the photographs showed the struggle firefighters had to douse the flames. Thailand is known for its poor health and safety standards, which is making the accidents, common across the kingdom.