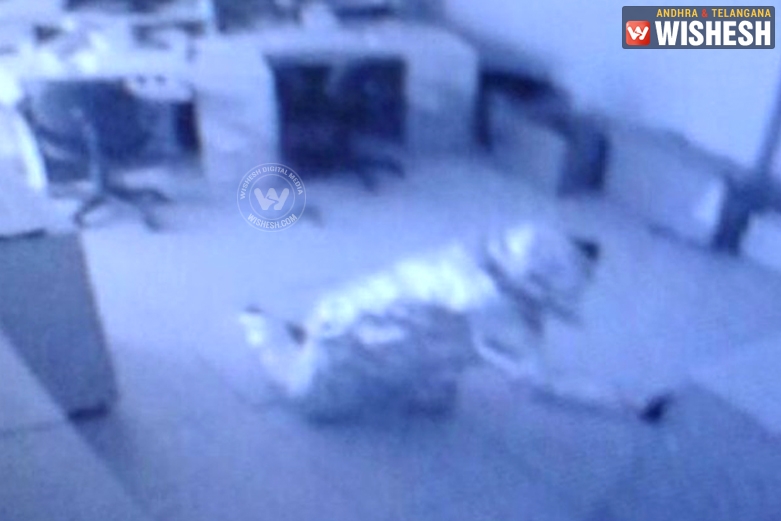 In southern Brazil, two robbers, left a shiny impression on police, when they chose an unusual form of camouflage, during an attempted bank robbery: head-to-toe aluminum foil.

The suspects likely trying to foil the alarm of the Praia Grande branch of the Banco do Brasil, when they chose the metal outfits, according to Santa Catarina military police.

The robbers, failed to notice the internal security cameras, which were capturing their every move in a centralized surveillance office.

“They broke down one of the walls and thought the detectors from the alarm would not notice them,” Santa Catarina military police spokesman Maj. Cristian Dimitri said.

“When the bank's central monitoring system saw them on the screen, they called the police immediately.”

Through the CCTV footage, it is found out that, two men were crawling on the ground in the improvised aluminum suits, near the bank's main safe.

“We found a power drill and other instruments that lead us to believe they were looking to break into the safe,” Dimitri said. “However, they left empty-handed.”

Reportedly, the robbers were working with one or two other people, who tipped them off, before the squad cars arrived on the scene.

Over the weekend, one person was arrested in connection with the robbery. Reportedly, the man was found in nearby woods and had previous robbery arrests on his record.

Earlier, several robberies were performed in the ATMs in Rio de Janeiro using an aluminum cloak. The disguise was meant to throw off an alarm activated by body heat.