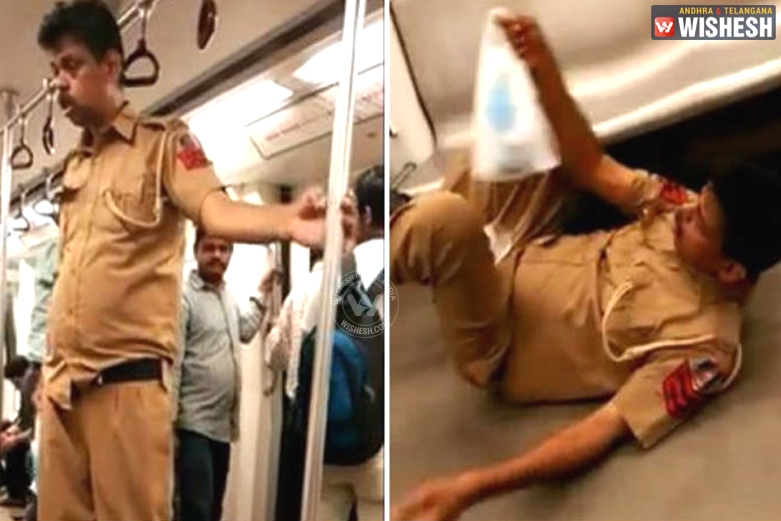 Not drunk, Delhi police was on medication

Not drunk, Delhi police was on medication

Touted to be a “drunk policeman”, a few months ago, a viral video was circulated in the social media. But the fact is, the 50 year old man has actually suffered a major stroke and was paralysed after he fell down, but not drunk.

Reportedly, a blockage in his brain caused a brain haemorrhage that left him with a paralysed left side, a contorted face, memory loss, body weakness, and difficulty communicating normally. Several times, the policeman was hospitalized and suffered even few seizures. He was on medication with regular medical check-ups.

Weakness or numbness of the face, arm, or leg on one side of the body, having loss of vision or dimming in one or both eyes, loss of speech, difficulty talking, or understanding what others are saying, and sudden, severe headache with no known cause, are a few of the common symptoms of this stroke.

Speaking about the case, Dr Kunal Bahrani, neurologist, Asian Institute of Medical Sciences said "Normally people above the age of 40 years are more susceptible to brain stroke, but those already suffering from higher blood pressure and with high cholesterol levels need to take extra care. The knowledge and awareness about stroke among people is very low."

"The first few hours in brain stroke cases are the most crucial for the control and treatment of the patient. The first three hours are the golden period, when the stroke can be managed and treated," he added.

Currently, the policeman Salim, who was in his native state Kerala on three months' medical leave, is suffering from a speech disorder. Adding to it, after coming across husband’s unfortunate humiliation, even Salim’s wife is suffering from a stroke and is also receiving treatment for it. Moreover, his 87-year-old father is bedridden with paralysis.

“Prevention is better than cure" is especially true for brain stroke. Regular medication for hypertension, diabetes and dyslipidemia is strongly advised and goes a long way in reducing the risk. Lifestyle changes like cutting down alcohol consumption & smoking and regular exercise decreases the risk of brain attacks by more than fifty per cent,” Dr Bahrani said

Salim now wants the Delhi government, Police Commissioner, Delhi Metro Rail Corporation, and the Press Council of India to take steps so that he can “regain his lost dignity by publishing the correct factual position in some prominent places, print and electronic media”.