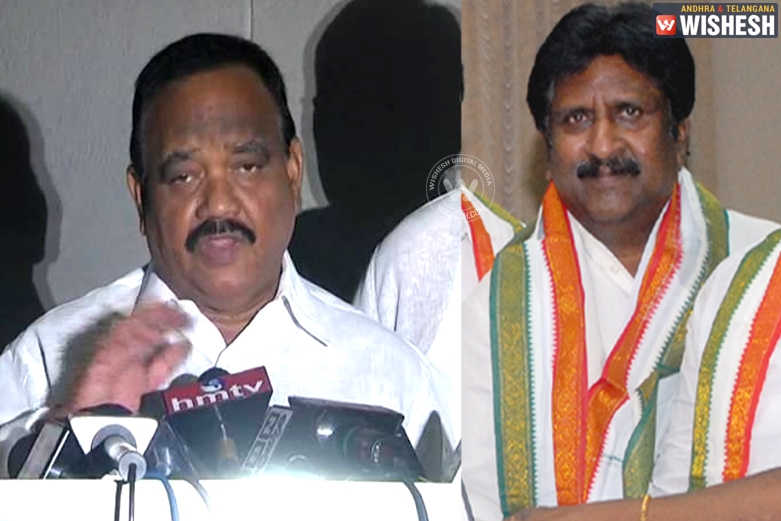 After meeting Telangana Chief Minister KCR today morning, MLA Sayanna and also MLC Prabhakar, had officially declared that, they are joining TRS party. However, the announcement from MLA Prakash Goud, is still awaiting.

TDP got another fresh shocker from its own leaders, who are no more the party’s own leaders. Accompanied by TRS leader Harish Rao, TDP MLAs, Sayanna and Prakash Goud, along with Congress MLC Prabhakar, had met KCR this morning.

Upon the several discussions regarding the GHMC elections and a few other issues, both Sayanna and Prabhakar had decided to join hands with KCR, working for the TRS party.

At the time, where TDP has almost lost its form in the Telangana state, losing the leader like Sayanna, is considered as the tight jolt to the party. That too, just before the GHMC elections, would be tough to deal for TDP in the elections.

On the other side, TRS has already proven its capability in the recent Warangal by-polls. The opposition parties, who thought of competing with the TRS, could not even get the deposits. This is making the other party leaders, to jump into the TRS party.

So the ready-made super powerful TRS, has strengthened its power more, after the joining of Sayanna and Prabhakar. The party officials are now targeting to win 80 wards in the GHMC elections. Reportedly, even a few other Congress leaders are expected to join in the TRS party, in the coming days.

If the same thing happens, TRS would be immovable in the Telangana state and not just winning in the GHMC elections, forming the government again in the 2019 elections, seems inevitable.