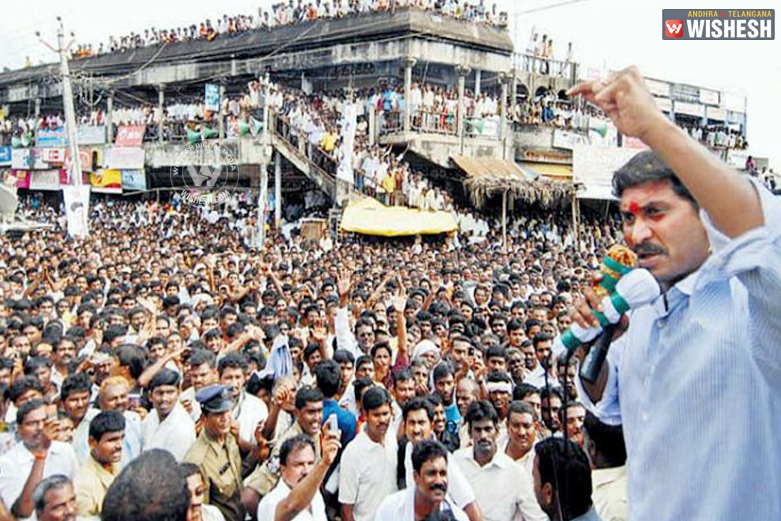 Jagan says that he is going to be the next Chief Minister of Andhra Pradesh as the people are fed up with TDP government.

Recollect, the title above, is the dialogue said, by our comedy king Rajendra Prasad, in ‘Aa Okkati adakku’ movie. After so many years, now YSRCP chief Jagan Mohan Reddy used the same dialogue.

Adding further, Jagan said it is illegal to grab the lands of the farmers through the land pooling, especially the farmers who grow multi crops and also said that TDP is going to lose the power soon and YSRCP is going to form the government.

“As Chandrababu is cornered in the cash for vote case, he is trying to comb the centre, by accepting the special package. When I was cornered, I dared to fight on Sonia Gandhi government at the centre, but Naidu is lying at the legs of the centre,” Jagan said.

Finally, Jagan ended the speech saying that, he is going to be the AP Chief Minister next year, as the TDP is going to lose power. But it would be better, if our dearest Jagan explains that, how can the government fall in just three years.