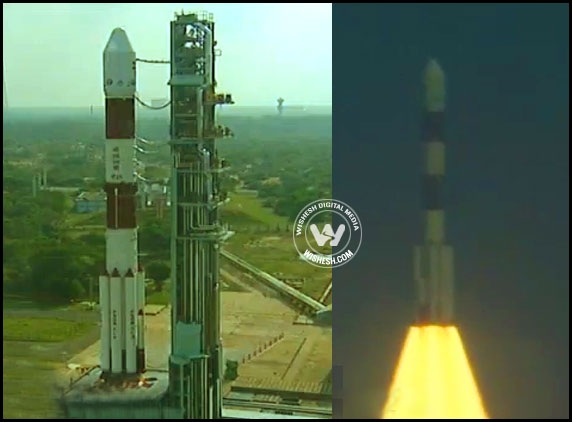 The scientists have released balloons to watch the wind blow before the launch. Scientists from all over the globe have been watching the event with professional curiosity.

The Mars Orbiter Mission (MOM) weighing 1350 kilo grams was given a final check on Saturday and a 56.5 hours countdown was started on Sunday at 6.08 am at Sriharikota.

The cost of MOM is Rs.460 crores as told by the Chairman Indian Space Research Organization (ISRO) which includes the cost of building of the spacecraft and ground radar stations and to increase the capacity of ISRO’s Deep Space Network Station at Byalalu near Bangalore.

After PSLV-C-25’s placing MOM in the earth orbit within 40 minutes of its launch, MOM will stay in the earth orbit for 25 days.  Then it will be gradually taken out of the earth orbit to travel 9 months towards Mars.  If the mission gets successfully completed, India will share a place with America, Russia and Europe in space missions.

ISRO Chairman Radha Krishnan went to Tirupati to get blessings of Venakateswara Swamy which he always does before launching an important space mission. This time he also performed pooja to the model of the MOM.