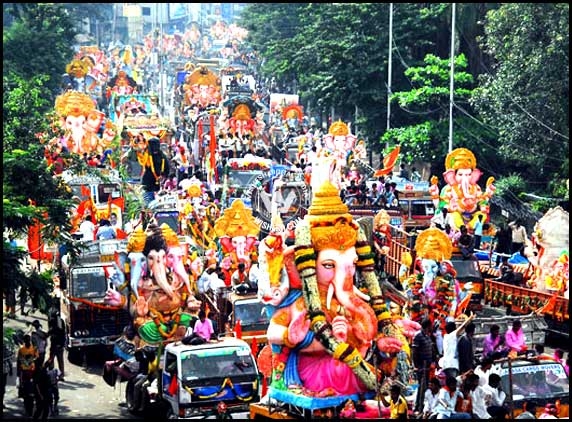 The Ganesh Nimajjanam is going on at necklace road and NTR Marg.

In an incident, two groups clashed at NTR Marg in the process of immersion ceremony. A group complains that the other group not only bypassed breaking the queue but also misbehaved with the ladies in their vehicle. They attacked the other erring group in which one person was wounded.  The police entered the scene immediately and took the situation under control and arranged for transporting the wounded to the hospital.

The City Police Commissioner Anurag Sharma inspected the security arrangements at Charminar during the Ganesh nimajjanam. He told media persons that the situation is peaceful and fully under control. He assured that the process of nimajjanam will be completed by morning tomorrow.

GHMC Commissioner Krishna Babu checked the arrangements of nimajjanam. He said that 59 cranes, 79 mobile cranes are arranged to take up the nimajjanam process.  85 swimmers are made ready to act in case of emergency. The Commissioner also said that 2300 workers are working on simultaneous cleaning process near tank bund.  He said that the nimajjanam will be completed by 9.00 am tomorrow after which the task of removal of the Ganesh idols immersed in the Hussain Sagar will be taken up. 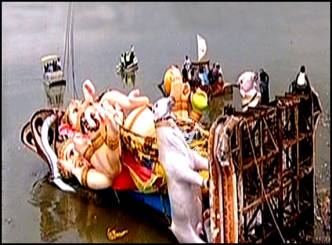 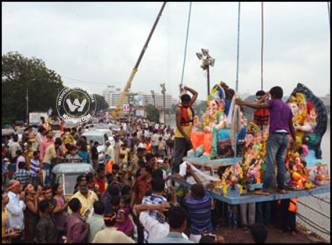 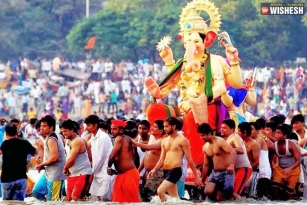 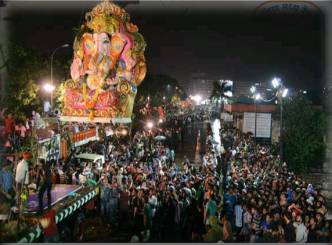 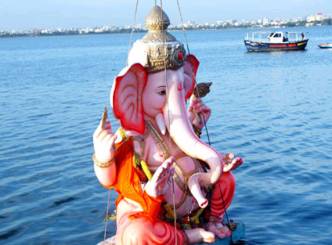