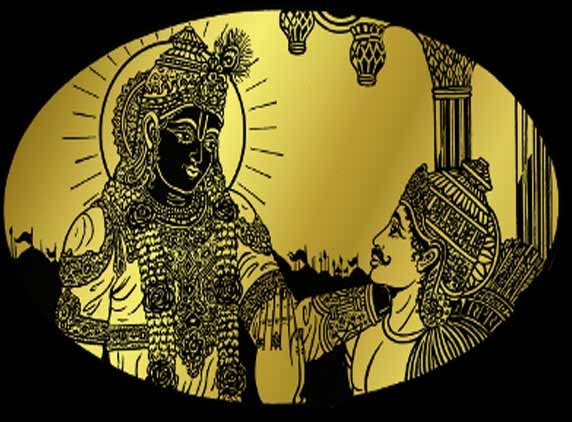 Welcome back to a bright and romantic Tuesday morning. Quite a lazy day beginning for a hectic schedule.  Anyways got to get back fast before our boss starts spraying his big-mouthed venom on us. Yesterday was a remarkable day across the state, yeah surprised! Got to be because the event that unfolded yesterday was a natural one. OK..OK..we had rainfall and the showers was wetting the entire state evenly. Almost all the rivers are overflowing  and least to mention about the reservoirs which are equally having surplus too. Rivers like Krishna, Tungabhadra and Godavari are full to the brim. And a wonderful site to watch if you are near anyone of them.

Coming back today most educational institutes in the twin cities are closed due to a protest call from ABVP, a premier student organization in the state.

From the epics: Bhagavad-Gita: Before we begin this day's discourse we wish to thank the innumerous emails received to keep this good saying on the top of section. Wishesh thanks one and all personally for your profound patronage. Though we have sent you individual replies we found it necessary for all your comments supporting our efforts in bringing out the best for all of us irrespective of caste creed or social status.

Yesterday we had a look at the seventh chapter Paramahamsa Vijnana Yoga that deals about the 'Knowledge of the Ultimate Truth.' this is the beginning of the middle six chapters called the  Bhakti Yoga. Today we write about the chapter eight which is called as Aksara-Parabrahman Yoga.  This chapter in a nutshell deals with the paths that help Attainment of Salvation. In this chapter the Lord Krishna tells his disciple Arjuna amidst Kurukshetra that creation of the material worlds as well as establishing a distinction between them and the spiritual world. The Lord gives an elaborate difference between man creating the dark and the enlightened world and the follow up that he receives for the respective creation.

The lord also says that the thought we carry in the last minutes gives us a lead into our next birth. Good leads to good while the bad to the bad............ So let us all think good, try to do good and always get good only... Wishesh prays for all our accomplishments.

History Speaks: We have two important historic events scheduled for the day. One is that it is the birthday for the great Los Angeles city. Wiki says that 'Los Angeles was founded on September 4, 1781, by Spanish governor Felipe de Neve. Los Angeles is a leading world center of business, international trade, entertainment, culture, media, fashion, science, sports, technology, and education, and has been ranked the third richest city and fifth most powerful and influential city in the world.'  Wishesh wishes the LA people a happy birthday of their city, and mind you there are approximately 40 lakhs people living as per the 2010 census. The original name of LA city was "El Pueblo de Nuestra Senora La Reina de Los Angeles de Porciuncula," which translates as "The Town of the Queen of Angels."

Days Specialty: As a netizen, today is the most important to all of us. Imagine when we want an information what we do! We type in the question into our www.google.com for answers. And no matter how difficult the question is, even at times what we do not find in any informative treasure trove, is also found on this search engine. Yes you are right way back in  1998, Google was formally found this day by Larry Page and Sergey Brin. Great is it not.

Today has got another specialty, it is celebrated as the International paper boy day. The first paper delivery agency started the paperboy delivery division today. Imagine but for this day our regular paper at our doorsteps wishing us 'Good Morning' would have been a dream.

Celebrity Corner: Bollywood romeo Rishi Kapoor was born on this day and he conquered a million hearts with his portrayal as a romantic next door boy. He was a mania in the eighties for most youth and his son Ranbhir Kapoor takes over the romeo sceptre from him. The difference is ofcourse the father was only in the dreams of the youth but the son is else where........Well jokes apart today is very important to all of us.

Tirupati: Devotees rush surges is normal. Sources say that nearly 10 compartments were filled with devotees to have a glimpse of the Lord. Ordinary darshan shall take nearly 6 hours for the devotees in queue.

Sports: Cricket live score: India beats the Kiwis in the test series by clinching a clean sweep with 2-0. India won the two matches played against New Zealand in Hyderabad and Bengaluru.

(With inputs from internet-AW AarKay) 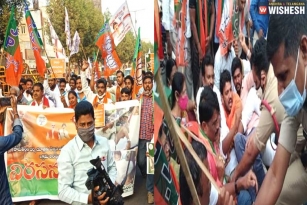 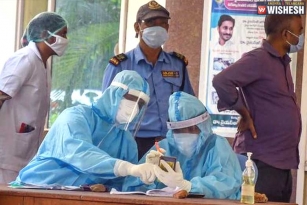