Amok lorry runs over pedestrians, 8 injured, 3 very critical, A little after midnight on Monday in Vishakhapatnam, a lorry which lost controller ran over the sleeping pedestrians, injuring eight of them of which three are severely injured. All of them are being treated in hospital.
https://www.andhrawishesh.com/ 25 Oct, 2011 25 Oct, 2011 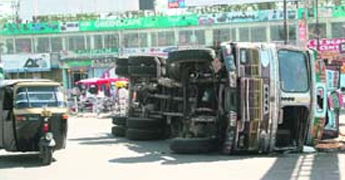 A little after midnight on Monday in Vishakhapatnam, a lorry which lost controller ran over the sleeping pedestrians, injuring eight of them of which three are severely injured. All of them are being treated in hospital.

As per reports a few people hailing from Araku in the district had come to the city to make a living. They are daily labour working at different places. All of them have rented a room at Kancharlapalem and continued to stay there since some time. Since the room was not very accommodative they were daily sleeping on the pedestrian of the Rammurthi Panthulapeta Bridge, where the traffic was less. As per routine even on Monday, all the eight of them slept on the pavement of the bridge.

Around 12.30 on Monday night a lorry which was travelling from Gjanapuram to Kancherlapalem lost control and the lorry ran over the sleeping people.  Three of them were severely injured and five others also sustained injuries. The injured were rushed to the K G hospital and are being treated at the hospital. Senior police personnel rushed to the spot and made necessary arrangements for their treatment. The lorry was nabbed but the crew abandoned the vehicle. 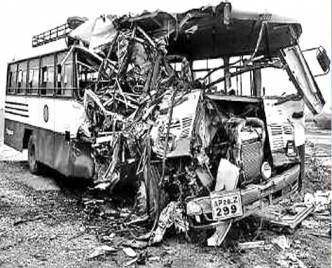 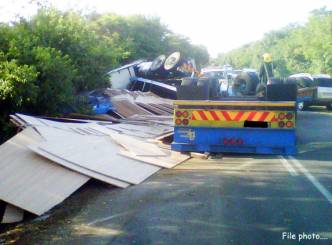 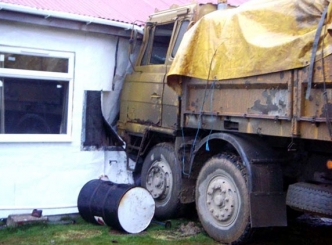 2 killed as lorry rams into house 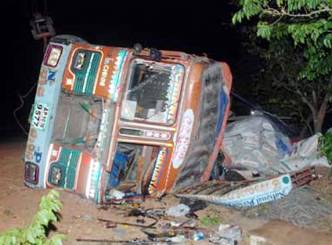 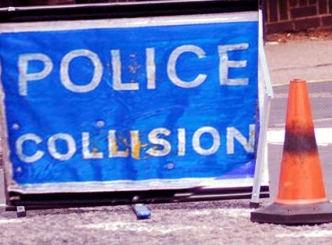 Lorry accident in Miriyalaguda, one killed