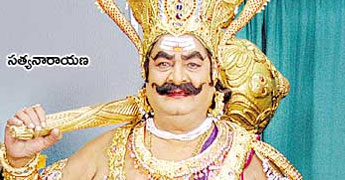 Mr. Kondala Rao, founder-president of the Kalapeetam, said this in a statement in Visakhapatnam today. “The award will be presented to Mr Satyanarayana at a function to be held at the Kalavani Auditorium in Visakhapatnam on October 1.

The programme will be attended by the family members of mega star Mr. Chiranjeevi and producer Allu Aravind and several other prominent film personalities. Mr Kondala Rao said the Kalapeetam has been giving away this award to prominent cine personalities every year since 2004 at its annual celebrations in Hyderabad.

“This year, however, we chose to conduct the function at Visakhapatnam,” he said in the statement. The organizers have not disclosed the details of the award.