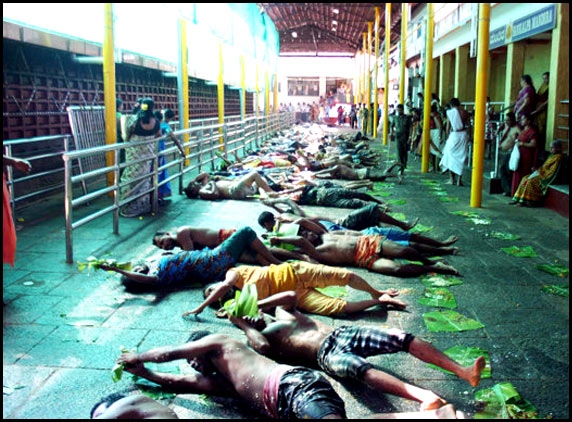 What is this roll over and left over one might think but this is religious belief in Karnataka state which is being practiced over the last 4,000 years. According to this belief, a group of Dalits rolls over leftover food eaten by Brahmins in the belief that all troubles and ailments will be cured, this superstition is called as Made Snana.

Every year this ritual takes place in the month of November or December on the occasion of Champa Shasti or Subramanya Shasti, at the Kukke Subramanya Shrine in Dakshina Kannada district  and around 20,000 people will participate in it.

During the BJP government's regime, Dalit Minister Narayanaswamy demanded a ban on this practice which derogates the Dalit's community. But his party men who belong to upper community did not compromise on this aspect and say it as a religious belief that has being practice for centuries. They also claim it as no Dalit practice and even Brahmin also do participate in this ritual and merely call its a superstition which cures from all the troubles that a man is facing. 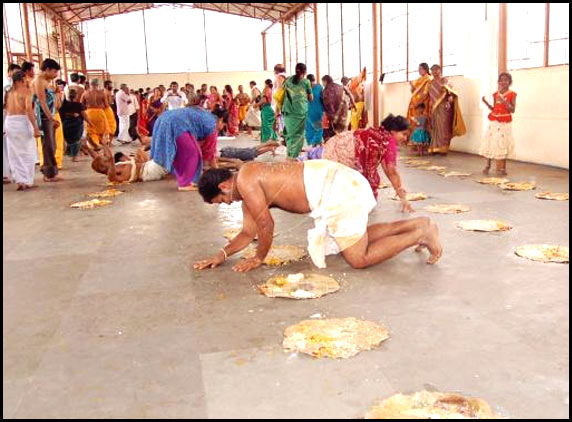 This ritual turned into a controversy in the year 2011 when the Dakshina Kannad district Deputy Commissioner banned it and day before that ritual was planned the ban was lifted due political pressure.  Even all the ministers and many religious societies supported this and ironically the Dalit communities too protested against the ban of Made Snana. They even attacked the protestors who have demanded for a ban against the ritual.

However litterateurs and backward class activists say that the "scientific basis'' may have been true several centuries ago, when the holy place was a snake pit. The mud from the snake pit was said to have healing powers and perhaps the practice has began so. But the ritual change to a Vedic one and came to be dominated by upper caste people. Now the backward class activists claim it as a rubbish and demand for its ban. Nonetheless, a politically and religiously dominated society can never change and so the ritual is being held even today.

Being in a technology driven generation even we do tend to abide these kind of belief just for the sake of good life. Aren't we hypocrites !!!