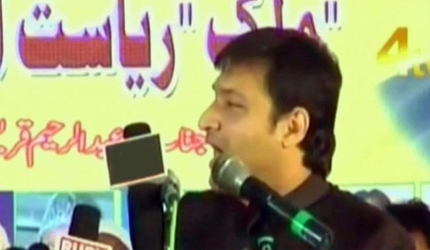 MIM legislator Akbaruddin has been finally taken into the custody by Nirmal police after so much of tension and drama. He was shifted to the same jurisdiction (Nirmal of Adilabad district) where Akbaruddin allegedly gave inflammatory speech targeting and insulting beliefs of a particular class. As Akbaruddin's vehicle moved along with the police towards Nirmal, a few activists of MIM followed the vehicle. Why they were following the vehicle and how long would they follow the convoy were the questions that were being discussed at many chai shops and country snack stalls in the city this evening when the news broke out that Akbaruddin Owaisi was arrested.

What happened to Akbaruddin and why was he arrested?

MIM party directly took on chief minister Kiran Kumar when it withdrew from Congress government reportedly over old city temple row. The party members then said they would tour state and put Congress at shame. Reportedly as a part of the same, Akbaruddin was touring several places of the state and on December 22nd night, he gave a speech for over one-and-half-hour. Scores of people were present over there (reportedly included minors too). He gave hate speech that was recorded and kept on You Tube. Akbaruddin allegedly questioned the beliefs of certain class and even questioned the government besides terming terrorist Kasab as wo bachcha.

The hate speech videos caught the attention of the media and it swiftly plunged into the action. The national television channels organized wide range live debates and questioned the Andhra Pradesh chief minister,home minister and DGP as to why no action was taken against Akbaruddin. DGP Dinesh Reddy next day told the media that since Akbaruddin was a legislator they took the legal opinion due to which the inquiry got delayed.

In total, over half-a-dozen criminal cases were filed against Akbaruddin Owaisi for the hate speech. Out of all the cases, the main one that caught national media's attention was the case filed by one Shabnam, a social activist. Her case against Akbaruddin was registered under IPC Sec 153 A (promoting enmity between people on the grounds of religion).

A petition was also filed in Nampally Court by an advocate. The court took the cognizance of the petition and directed city police to file case against him. Accordingly, police booked Akbaruddin under Sec 153 A of IPC at Osmania University campus police station.

There were several other cases filed at several police stations. But this particular case, wherein Akbaruddin was arrested, was filed by Nirmal police (the jurisdiction where Akbaruddin gave hate speech). Nirmal police, a couple of days back, tried to take Akbaruddin into the custody but he was not available. Later, the police stuck notices to walls of Akbaruddin's residence. Meanwhile, MIM supremo Asaduddin Owaisi has said that Akbaruddin didn't abscond and stressed that he would come back.

Accordingly, Akbaruddin Owaisi returned to Hyderabad on January 7th morning. He, immediately, sent two of his advocates to Nirmal on his behalf, as he received summons. Akbar's counsels pleaded the police that Akbaruddin would need another four days' time to appear before the police in person since e was not keeping well.

The same day, Akbaruddin moved a petition in Andhra Pradesh High Court praying that the court should be directing Nirmal police not to arrest him besides appealing for quashing the cases filed against him. This move of Akbaruddin apparently suspected the police that Akbaruddin might have intentions for resisting arrest.

Today, in the early hours Nirmal police arrived at Akbaruddin's residence and served summons on him asking him to attend medical tests to prove his point that he was really not well. Accordingly, Akbaruddin arrived at Gandhi hospital in Hyderabad at around 11 am and underwent 11 tests for more than two hours. Later, Akbaruddin said he would leave for home but police detained him stating that he would not be allowed to move out until medical reports come.

Cases under which he was booked:

If a person booked under IPC Section 153 A is found guilty of the offence, he/she would be punished with imprisonment up to three years to which fine may be added to.

If a person booked under IPC Section 121 is found guilty of the offense, he/she would either face death penalty or life imprisonment.

In the wake of Akbaruddin's arrest, tight security has been beefed up in and around Hyderabad besides Nirmal. CrPC Section 144 has been imposed in Nirmal. As said by chief minister Kiran Kumar Reddy and central minister Chiranjeevi that the law will take its due course of action, today Akbaruddin Owaisi was arrested. 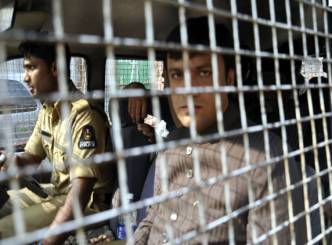