The comments of Rahul Gandhi on the ordinance passed by the Government overriding the Supreme Court's order to disqualify the political leaders in the jail from contesting elections
https://www.andhrawishesh.com/ 28 Sep, 2013 28 Sep, 2013 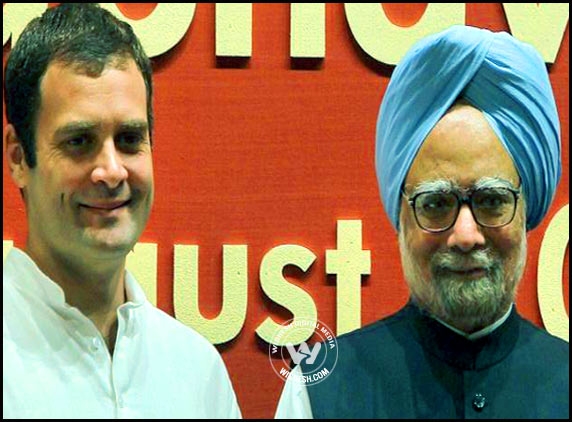 The comments of Rahul Gandhi on the ordinance passed by the Government overriding the Supreme Court's order to disqualify the political leaders in the jail from contesting elections and also disqualifying the elected leaders to the Assembly and Parliament if they get convicted in criminal cases made shock waves in the ruling party.

The Vice President of AICC Rahul Gandhi on Friday in a media conference held at Press Club in Delhi called the ordinance as sheer nonsense.  Rahul Gandhi also called all the parties to stop it from passing.

Although Rahul said that the opinion was his personal one, the comments threw the congress party in a precarious position.  Seniors went into immediate damage control act as the ordinance was cleared by the Union Cabinet and Congress Core Committee that includes Manmohan Singh and his mother Sonia Gandhi.

The External Affairs Minister Salman Khursheed immediately gave a TV interview clarifying that the PM is undermined by Rahul’s remarks.

Realizing his mistake later, mother ok, but to repair the damage from Manmohan Singh’s getting hurt; Rahul immediately sent an email to the Prime Minister who is on US visit saying "You know that I have the highest respect for you and I look up to you for your wisdom. I have nothing but the greatest admiration for the manner in which you are providing leadership in extremely difficult circumstances.”

Sonia Gandhi also intervened and talked to the Prime Minister over phone and assured him of the full support of Congress party.

Rahul Gandhi also expressed his opinion in his email sent to the PM that he knows that the situation may be picked up by opposition parties to exploit.  And at the end of the mail he expressed his confidence that the strength of his conviction will be understood by Dr.Manmohan Singh.