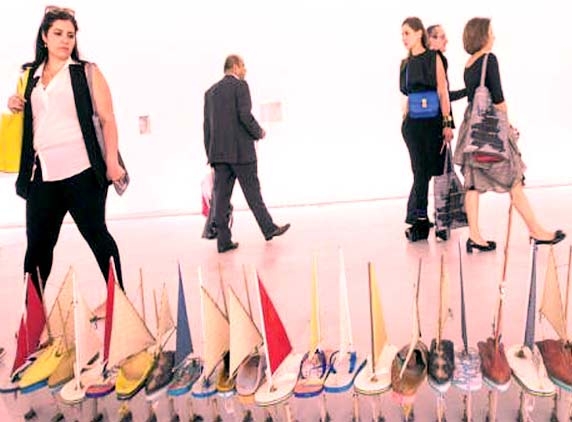 On Sunday, The 23rd edition of the Sharjah Theatre Days Festival was officially opened by His Highness Dr Shaikh Sultan Bin Mohammad Al Qasimi, Member of the Supreme Council and Ruler of Sharjah, at Sharjah’s Cultural Palace.

To move ahead, the festival will be running from March 17-27 while the opening of the festival, which is organised by the Sharjah Department of Culture and Information, featured the Lebanese play, The Dictator, written by Essam Mahfouz and directed by Lena Abyad which won the Shaikh Sultan Bin Mohammad Al Qasimi best Arabic play award at the fifth session of the Arab Theatre Festival.

Moreover, the opening ceremony also included an award ceremony recognising some of the region’s best plays, actors, and performances.

Fact fully, the Higher Organising Committee of the Sharjah Theatre Days Festival honoured Emirati theatre artist Marei Al Halyan in recognition of his efforts in the development of national theatre in the fields of playwriting, directing, and acting, whether in adult or children’s theatre which started back in the 1980s.

On the other hand, Kuwaiti artist Abdul Hussain Abdul Redha who is a prominent figure in Arab theatre, was also honoured with the Sharjah Prize for creativity in Arabic theatre in its seventh session for 2013. Abdul Redha, who is considered one of the Gulf’s most prominent artists, started working in Arab theatre in 1961 and his contributions include works presenting social issues which highlight public opinion.

In fact, there will also be workshops and seminars on the role of Arab theatre in the present, and the latest in theatre events set up by the Theatre Department of Culture and Information which will take place on March 18 and 19.

It's always great experience to be a part of this kind of events where one can explore a greater height of creative excellence while gaining immense pleasure of unique cultural mix.

Congrats to the winners!