Anti-Corruption Crusader Anna Hazare today threatened to go on an indefinite fast in Delhi from December 27 while terming that the draft report by Parliamentary Standing Committee as a ''betrayal'' of countrymen.
https://www.andhrawishesh.com/ 29 Nov, 2011 29 Nov, 2011

Anna Hazare may go on fast from December 27

Anna Hazare may go on fast from December 27 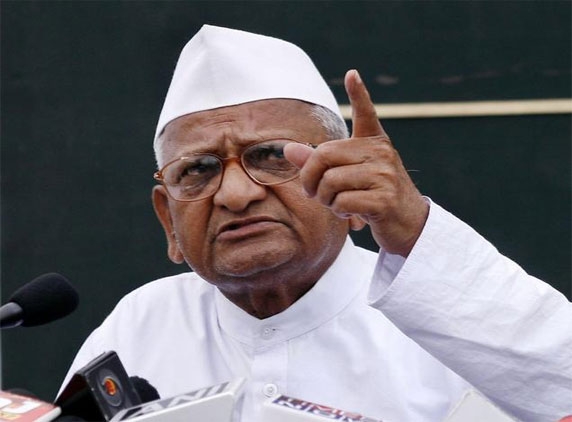 Anti-Corruption Crusader Anna Hazare today threatened to go on an indefinite fast in Delhi from December 27 while terming that the draft report by Parliamentary Standing Committee as a ''betrayal'' of countrymen.

Anna Hazare said he did want the government to "make a fool of us" on the issue. Hazare also announced that he will sit on a one-day fast in Delhi's Jantar Mantar on December 11.

In a bid pressurise Congress, the activist also sought to corner the ruling party saying he will tour the five poll- bound states and tell electorate how the government was betraying them on the Lokpal Bill.

The 74-year-old activist said his indefinite fast will be at Ramlila Maidan in Delhi from December 27 if a strong bill was not passed during the Winter session of Parliament. If it happens, it will be his third indefinite fast this year on the Lokpal issue.

He said "The government has assured us that there will be a strong Lokpal bill. We were given an assurance by the Parliament. Now the Standing Committee report is out. When I saw the report, I realised that they have again betrayed the countrymen again. Government has committed deceit,"

Prominent Team Anna members Arvind Kejriwal and Kiran Bedi also joined the chorus against the draft report, questioning the exclusion of judiciary from the ambit of the ombudsman while opposing inclusion of NGOs and media in it.

Hazare noted that Parliament has passed a resolution saying that lower bureacracy will be included under the ambit of Lokpal besides providing for Citizen's Charter and setting up Lokayuktas in states.

"Now the Standing Committee says no even after the Prime Minister gives it in writing. What is this government all about? Now there is a change. There is a betrayal...We don't want the government to make a fool of us," he said adding the draft recommendations do not help in tackling corruption.

On the issue of lower bureaucracy, Hazare said if they are not included in the law, poor people will suffer. "We were demanding that every section, from top to bottom, under Lokpal. Poor people cannot get their work done without paying bribe," he said.

Anna Hazare said it was very necessary that the anti-corruption wing of CBI be under Lokpal to ensure that there is no interference from the government in its functioning. "One of the reason for corruption is government interference."

Reacting to the panel's draft report, Kejriwal sought to remind the government of the Parliamentary resolution that led to Anna Hazare ending his fast on August 28, saying he hoped it would be respected.

He said "When Anna ended his fast, Parliament agreed to a resolution that stated clearly on lower bureaucracy and Citizen's Charter. We just hope that resolution is respected,"

Govt comes down on Hazare’s demands 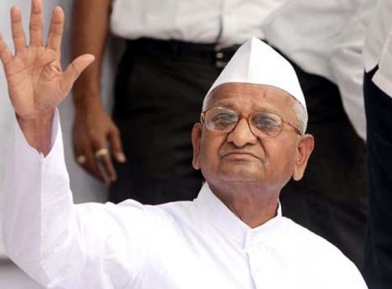 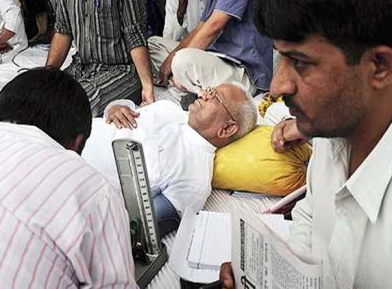 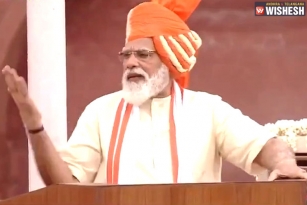