Andhrawishesh has added a special feature called News and World to keep you abreast of others in knowing the top political news of the country, Gaddafi offers talks - Rebels Reject, As per reports, late Saturday night the ousted Libyan dictator, Muammar Gaddafi (MG) had offered to negotiate the transfer of powers to the rebels, but National Transitional Council (NTC) firmly rejected the offer and claimed that he must surrender first
https://www.andhrawishesh.com/ 29 Aug, 2011 29 Aug, 2011 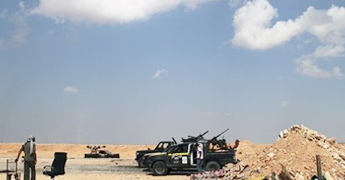 As per reports, late Saturday night the ousted Libyan dictator, Muammar Gaddafi (MG) had offered to negotiate the transfer of powers to the rebels, but National Transitional Council (NTC) firmly rejected the offer and claimed that he must surrender first.

Guma el-Gamaty, the UK co-ordinator of the NTC, said the rebels were absolutely not prepared to enter into negotiations with MG. British Foreign Secretary William Hague also dismissed the offer, saying the NTC was already in charge of the country and that Col Gaddafi should call on his supporters to stop fighting. He described the Libyan leader's apparent offer of talks as delusional.

Meanwhile the NTC is almost fully in control of Tripoli and is trying to reconstruct Libya post war. They blamed the Gaddafi men to have kept civilians as human shields after taking control of farms in Sirte. Even as the hunt for Gaddafi continues, the NTC is under heavy pressure to restore essential services including water and electricity to Tripoli, a city of some 2 million. The rebels report that there has been no damage to water or power lines and that service has yet to be restored due to Technical issues.

Amidst rumours that the ousted President could have flown to Zimbabwe, Gaddafi is still at large. The Libyan rebels admitted they had no concrete information on where he might be hiding, but capturing him would be their main objective. A section of them still believe his presence in Libya in one of the bunkers.

As many as 50,000 activists, and even those only suspected of supporting the uprising, were detained in various security crack downs in the recent months by Gaddafi regime but only 10000 -11000 have been released. The detail of the remaining is still an unanswered question, lingering across the minds of global sympathisers.